Laughter in the Lakes

The weekend brought the team together for our annual team building/hard work recognition/nice to get together outside of work kind of weekend.

We set off in convoy to the beautiful Lake District for a weekend packed with activities, food, and one or two beverages all set alongside the beautiful lake at Grasmere, Ambleside.

After a lovely meal in the hotel, and a few more drinks, the team retired to the lounge and began an impromptu sing-along, all in tune of course (honest) as two of our talented team members - Jacob and Matt played a multitude of songs, accompanied by the voice of angels, well that's what we thought at the time at least. We even enlisted help from another group sat nearby!

Saturday morning soon appeared, and bleary-eyed we set off to Rookin House to begin a morning of hilarity, as the team split into two.  One group headed off to do quad biking, the other clay pigeon shooting.

Well, what a laugh.  The quad biking was terrific, if not a little scary at times.  We set off over rough terrain; powered through a stream, flying around a few sheep, which then ended in a somewhat surprising steep hill at the end. One by one we were ushered forward, there was no going back. It was now or never as one by one we took a leap of faith and let the momentum of the hill do its worst. 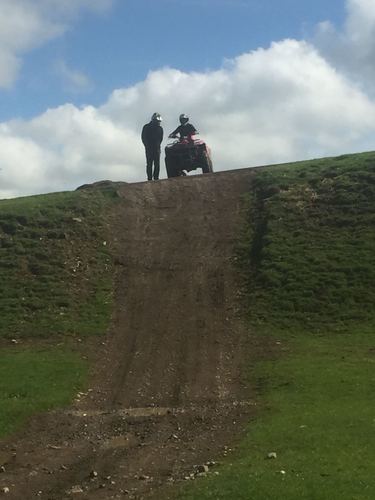 Onto clay pigeon shooting, which again was a first for most brought out the competitive nature - we're recruiters after all! We all had 25 shots to go at, some did well, others not so well, but all had a go. 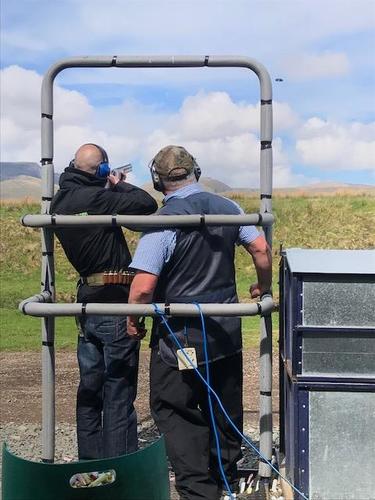 The team joined back up for lunch mixed with a few gloats and "how many did you get?" taunts to get ready for the next challenge - paintballing!

Now, with a delightful spa waiting back at the hotel, a few of ladies opted for some pampering time and headed back to the hotel, while the rest of the team got their guns on ready to go and create havoc.

The best part of this was that there was a stag do, who were set loose with our team - all war broke out.

Shots were fired from all angles, culminating with the poor stag having to do a 'run of death' while his party and our team took free shots as he ran the gauntlet in front of them.

The team returned to the hotel a bit battered and bruised, but triumphant.

A final meal at the hotel that evening, followed by a few explorers heading into Ambleside to sample the local delights finished off an utterly fantastic weekend. 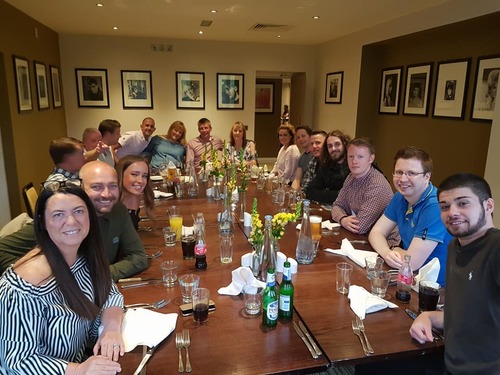 These weekends away are just a taste of the rewards available to an employee of Employment Solutions, we work hard, play hard here - and the benefits speak for themselves.

Fancy joining the team for our next adventure? See what we can offer you!