In the famous words of Cilla, the team bid "Tara for now" to Bury, soon to be replaced with "hola" to Alicante. Being relatively new to the team, I had heard that these annual weekend events were legendary, but I certainly didn't expect what was to unfold.

I had been pre-warned that there was to be some raft building exercise, OK I thought that sort of sounds like fun??

So, with my hand luggage in tow, I set off with the rest of the team for a weekend that I can only describe as immense.

Team building began the minute we set foot on Spanish soil, as a phone call from Carolyn (our MD) said to meet us at the local bar. A few small beverages later, we began to feel more at ease with our surroundings and stories began to flow - none I can mention here. But all good fun. A few members of the team had arrived the day earlier, so tales of the night before kept the rest of us more than amused.

We knew we were in for a busy day the next day, so a relatively early night was in order after a quiet meal in the hotel, for the most anyway. Alicante has a lot to offer. 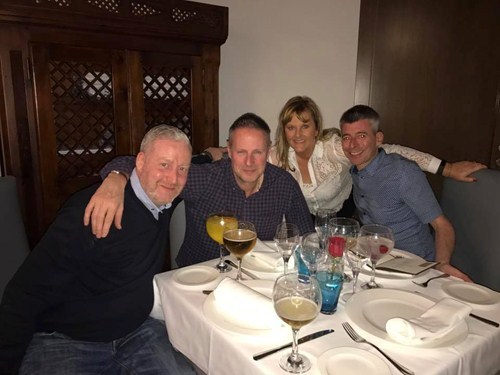 The day ran by Blazing Events, commenced with a brief introduction and a smile, which lulled us into a false sense of security.

Split into four teams we each faced numerous challenges, including sack races, water tipping, volleyball some which were blindfolded (funny to say the least), which then culminated in the main event - raft building. 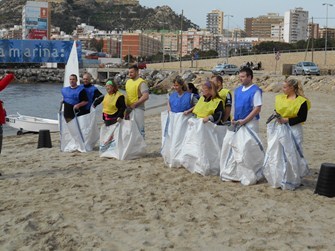 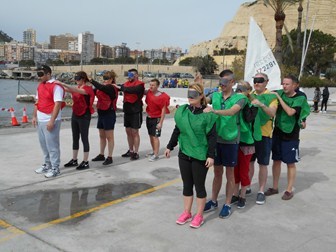 Each team had the chance to select a set of equipment, which included: four rubber tyres; a canoe; string; tape; knife and long sticks of wood. Ian, Neil, Jaine, Dean and I took to the challenge with skill and precision; we were proud of our creation. We are experts in Engineering after all.

With the decision made, we took to the water as a team of five; unfortunately, this is where we became unstuck.

One group had abandoned the raft, which left three teams in the running.

We set off and headed for the sea on a wet and cold day, what the hell were we thinking? 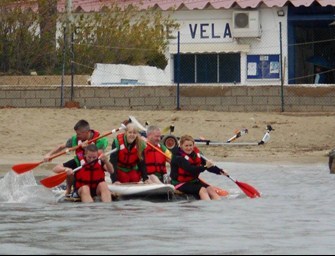 We hit the water with what can only be described as a sharp intake of breath as the icy water soaked us through before we even managed to jump onto our well-engineered raft. 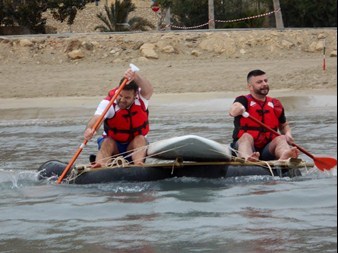 Ross and Harry (First Logistics) flew past us, with a little help from Ross pushing the raft (cheating I'd call it; win at all costs I think someone else called it.) Martin and Gregg forged ahead with a smug look on their face. Words and some expletives of encouragement rang in our ears from those back on dry land; we were determined not to be defeated. But with five people on board, it all became just too much, as we headed back to shore wet, battered but relieved to have simply stayed afloat!! 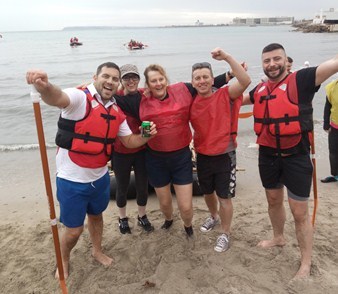 Everyone came away buzzing from the afternoon; it had been a major success and above all else just great fun.

That evening took us to a beautiful restaurant named Los Troncos, the food was fantastic and gave the team chance to reflect upon an eventful, yet fun-filled weekend.

So the question now is - how are we going to top that next year?

All in all the weekend was great fun, but investing heavily in our team helps us better serve our clients and candidates.