Excitingly between now and the 2nd November, there is the third biggest sporting event on the planet taking place in Japan. As a long-time player and referee for the sport, I'm going to talk about little else... 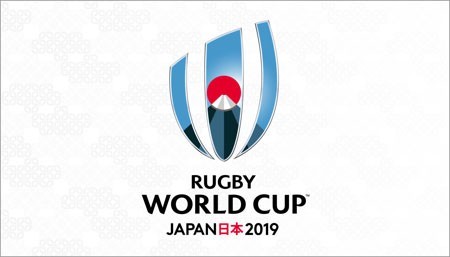 Each team can field 15 players

Forwards are the physical scrappers and do the hard work, scrums & lineouts (Phil), backs are the speedsters and usually score the Try's, get the glory while trying to look pretty (Like our consultant George, also a massive Rugby fan/player).

The most exciting positions for the watcher are 9 ("Scrum-half" always first passer of the ball & usually smallest & therefore angriest man), 10 ("Fly-half" and playmaker think quarterback), 15 (fullback, stands behind the line to catch and return any kicks) 7 & 8 (usually the two forwards that can make breaks off the back of scrums of in free play)

Try – when the ball is grounded behind the opposition line. 5 Points Awarded.

​Conversion – Once a try is scored you can kick the ball between the sticks from the same line as the Try being scored (so if the Try is under the sticks its much easier than in the corner). 2 Points Awarded.

Penalty Kick – If in range a penalty can also be converted by kicking between the sticks. 3 Points Awarded.

Penalty Try – If an act of foul play occurs where a Try would have been scored. A penalty try is awarded. 7 Points Awarded.

Main Laws Of Play (note its Laws NOT Rules, never say rules, it's not worth the ridicule !!)

Tackle – A tackle can be made below the armpit line of a player not above. Once a tackle has been made, the tackler has to release the player and either get back to their feet and/or rollaway. The tacklee can either present the ball on the ground or pass it from the floor, but they must release the ball. If either tackler or tacklee infringes, a penalty is awarded for not releasing/rolling away (tackler) or not releasing the ball (tackle).

Possession – A team can retain possession for as long as they can. There is no 6 tackle rule; this is an entirely different sport. Possession can be contested at any time as long as a player is on their feet. Therefore after a tackle has been made as long as the previous tackle actions have taken place any first arriving player on their feet can try and gain access to the ball with their hands. However, unless possession is gained immediately once two opposing players have connected with each other, then a "Ruck" is formed and although possession can still be contested anyone in the ruck cannot use their hands to access the ball. Instead, they have to drive the opponent out of the way & use their feet to allow a non-rucking player (9 usually) to access & pass the ball away. A penalty is awarded if there is an infringement (player not on feet using hands or ruck is formed using hands are most common) This is the complex area – hopefully this is an easy explanation.

Ball Direction – The ball must travel backwards in a pass or any contact from the hands, it can only travel forwards from a kick.

Offside – The offside line in rugby is mainly two places

1. Where a tackle has occurred any player to the side of the tackle zone and not contesting possession has to be behind it and on their own side of play. You will see them standing in a line.
2. Where a kick occurs any player in front of the kicker is offside and cannot play until either they are played onside by the kicker or an onside player.

Serious foul play - Any physical action has to use the arms. Shoulder charging is illegal as is any contact with head or neck at any time (allegedly).

Scrum – The scrum uses all 8 forwards to restart the game where a minor infringement has occurred, eg. A forward pass.

Lineout – The lineout restarts the game when the ball has gone out of play to the side of the pitch. This involves forwards jumping, lifting and a throw-in. If a kick from a penalty goes out of play, then the kicker's team retains possession for the throw-in at the lineout. At all other times when the ball goes out, then the lineout possession for the throw-in is given to the opposing team. 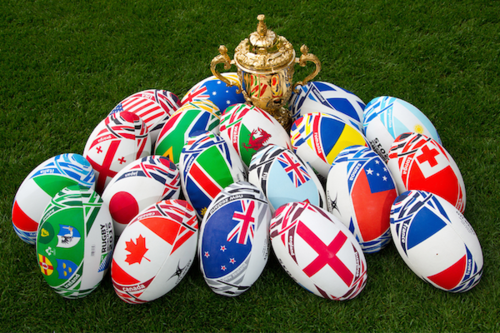 Yellow card – This removes a player for 10 minutes

Red card – This removes the player for the game

Knock on or forward pass – Minor infringement - The referee will hold their arm out flat from the shoulder pointing towards the team has been awarded the restart scrum.

Penalty – Major Infringement - The referee will hold their arm out high in the air pointing towards the team that has been awarded the penalty. A kick for gain in-ground & lineout or a shot at goal if in range is the usual outcome.

Advantage – The whistle doesn't usually go straight away for any minor or major infringement unless there's a safety issue, the referee can play advantage for as long or as little as they like. Usually, longer for a penalty whereas a minor infringement is normally shorter and if the team gain full possession.

Video referee – Can be asked for advice on game-defining moments, can confirm/overturn any onfield decision or highlight serious misconduct. Its what VAR wishes it was !!

It's a great game, and everyone should try it at least once !! If you survive then you can always try it twice; o) 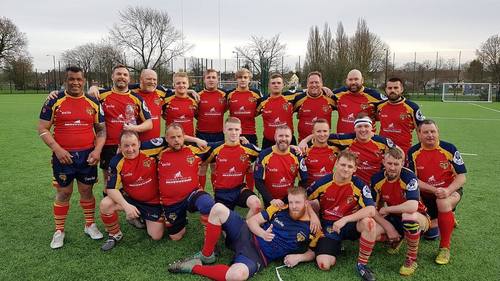